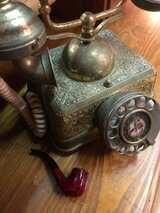 We were recently invited by Mark, the owner and gamemaster of Social Escape, to test out their hard level escape room in the Baker Street Mystery. After we warmed up our brains by playing Paris Escape, we took on the role of detectives who had one hour to solve a murder mystery and dismantle the notorious Baker Street Five – a high profile gang that has been terrorizing Victorian London. This room had a constant pace, witty riddles and clever puzzles which defeated us. But we were so close!
​
The moment we stepped into the room, I could tell the Baker Street Mystery was going to be tough. At least 12-13 potential puzzles were immediately visible, and that didn’t even include the hidden items which had yet to be revealed!

The chase for the criminals from the Baker Street Five began with a case file and set us upon a series of puzzles involving a multitude of different skills: search, observation, logic deduction, creative thinking, math, observation, some mechanical aptitude and a fondness for language and linguistics. Even some basic cryptography is required – or do you think villains will leave messages in plain sight?
We finished Baker Street Mystery in 66 minutes and, at the end, got our performance graphic. Social Escape records the time taken for your team to solve every puzzle, so by the end of the game, you receive a graphic with your results in each activity, compared with the average and fastest times from other teams. We were doing so well, but took too long to solve the last puzzles by the Baker Street Five Gang! Do not let them escape again and go try this room! We highly recommend it.
​
In Social Escape Rooms, we also played the lighthearted Paris Escape.

Out of the room
Service: There are lockers for player’s belongings, water and toilets. The reception area is also very spacious and can probably cater for large corporate events.
Mark, the owner and our gamemaster in Social Escape, was super friendly and really enthusiastic about his job. He really made an effort to accommodate us in his schedule, as we were coming from another city, and had a nice chat about the industry and nerd stuff in general.

Communication: You just talk to the walls and the gamemaster speaks back to you. The sound is very clear and hints are unlimited. We only suggested lowering the volume of the soundtrack a little bit, as some parts would mix with his voice. Mark did a great job following our game thoroughly.
​
Surroundings: Social Escape is in Alexandria and there is plenty of free parking near the venue. There are also many pubs and Mark can recommend the best places to eat. We really enjoyed Lord Raglan Pub just around the corner, that had awesome $10 cheeseburgers on Sunday!
​
Baker Street Mystery was also reviewed by Escape Room Reviews and Escape Rooms in Sydney.