Where: Level 1, 62 Wyndham St, Alexandria
Contact: socialescapesyd@gmail.com
How Much?: Sliding scale $27-$55 p.p depending on group size and weekday vs weekend booking
How Many? Billed as suitable for 1-5 people (one of the only rooms in Sydney available for solo players)
Difficulty: House rates it 3/5
Kid Friendly? First-Timer Friendly?:  This room is PERFECT for kids (see the rest of my review). Very first-timer friendly but would also suit an experienced solo player or couple.
How we did: Completed March 2018. Team of 4 including 2 small children. Escaped with 5 minutes on the clock.
The Brief:

You are on holiday in Paris, staying in the most beautiful hotel. Your holiday is finally approaching the end and you are preparing to leave. You must depart for the airport in one hour, however you cannot locate your passport or your plane tickets!

Can you find your tickets and escape to the airport in time?

Let me start by saying, you can keep your Zombie Apocalypses, Mad Scientists Trying To Kill You, Axe Murderers In The Basement, and Killer Plague rooms – there is no theme quite as terrifying as Paris Escape. You’re in a foreign country, your plane is leaving in one hour, and you can’t find your ticket and your passport. I’ve done a lot of travelling and I can tell you this is the REAL LIFE SCENARIO FROM HELL. In fact, the only thing that could make this room exactly like my reoccurring dream on the same theme is if I had the two flowerchildren endlessly nattering at me as I attempted to locate my lost documents (so of course, I decided to bring them along!).

I must say, I was a little nervous to do an escape room with both my young children. I jokingly said to Mark, the owner, that the kids were at least a 10-minute handicap. Mechanic reckoned they were more like a 20-minute handicap. As it turned out, we had nothing to worry about!

We were greeted very warmly by Mark and didn’t have to wait any time at all before being whisked off to the ‘briefing room’ for a fun introductory video and the usual safety spiel (don’t try to take the mirrors off the walls, guys!) before Mark led us to the room to get us started.

The first thing I noticed about Paris Escape was just how gosh darn pretty it is. Yes, I know I’ve just finished telling you the horrors of losing my documents, but there’s a moment when you step into this room where you’ll seriously consider calling out to Mark that you’d just rather apply for new documents and spend the week in this chic little room instead! 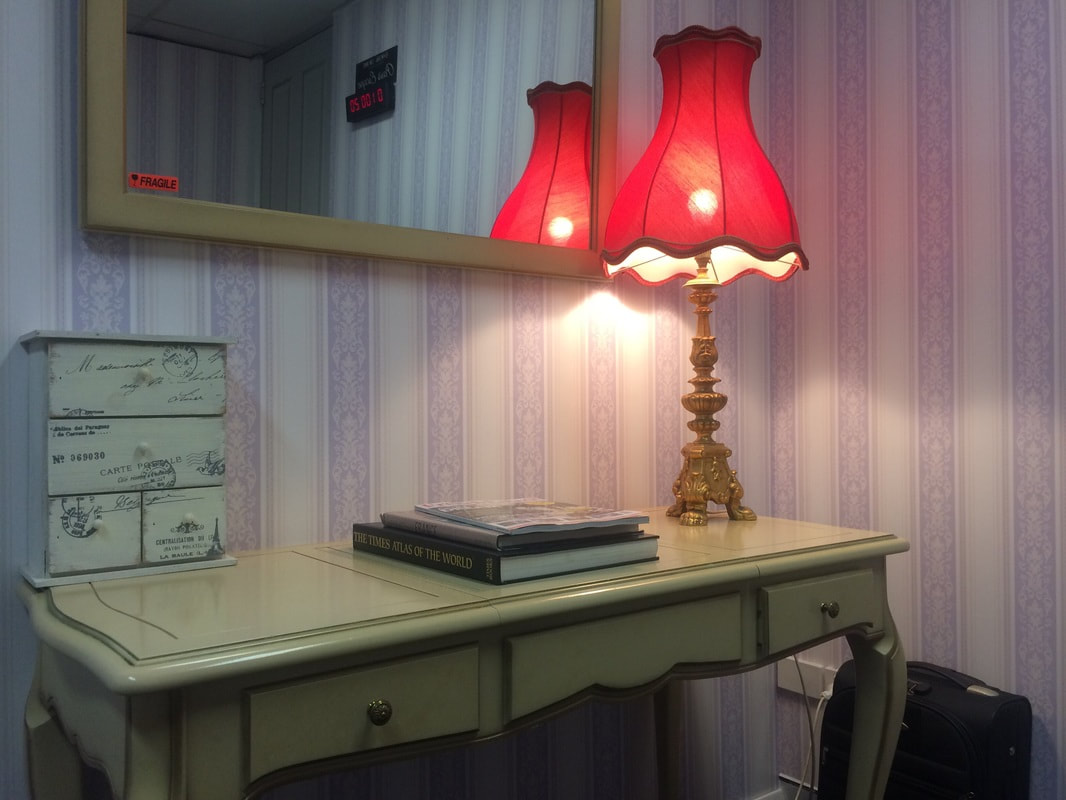 Mark started the timer and we got down to business. Boxes and bags and drawers with clues lay scattered around the room. Plenty of locks (numerical, alphabetical and padlock style) awaited our eager search. Even so, the puzzles flowed logically, and there were always little hints about what went where so that we were never frustrated that we were putting a code in the wrong place. There was an absolute shipload of puzzles in this room – utilising everything from basic math and pattern recognition, to cryptic clues and sequencing. Just like sales shopping in Paris, we left a pile of boxes and suitcases and discarded receipts in our wake. Keeping the things we’d used and the things we hadn’t separate was an added challenge. Make sure you bring your mad searching skills to Paris Escape – you’re going to need them.

If you’re looking for a room suitable for children, Paris Escape is hard to beat. With so many physical locks, clues and the searchability of the room, kids are sure to be entertained. In fact, it was the Flowerchildren who discovered two major clues that we needed to solve the game (they have now decided that they simply must come to any future escape rooms, because, in their own words, we NEED them!) Even the maths puzzles, whilst challenging enough for adults, would be solvable by upper primary students with a little adult guidance (we’ve all seen ‘are you smarter than a 5th grader?’!). Other things this room really had in its favour for children was that the room is mood-lit but there’s no stumbling around in the dark (which I’m not a fan of anyway – I think it’s lazy design) and no torches to fight over. Plenty of things are hidden, but they’re all hidden in plain sight (as they should be!) Paris Escape really shows why kid’s room escape birthday parties are taking off as the new thing.

I know ‘relaxing’ isn’t a word you’d usually associate with room escape, but I would use it to describe Paris Escape. This room was just so much fun and so enjoyable, the puzzles all in keeping with the theme, and it did not have to be high tech for all of us to walk away with smiles on our faces. Even with the Flowerchildren wanting to unlock all the padlocks, we got out with five minutes to spare.

Technically, Mark utilises the Voice of God system and watches your progress from four cameras spread around the room. We asked for one hint and were directed accordingly, and on two other occasions, Mark gave us a nudge when we were off-track which we appreciated. When we asked for the hint Mark did his best French accent which was hilarious (and actually very good!) and really added to the immersion in the game. You can tell how passionate he is.

At the end of the session, we were given a print-out showing how we went compared to average room-goers, broken down by puzzle, which was a cool little added extra (and showed we’re fast puzzle-solvers but not great searchers!)

It’s also worth noting that Paris Room is one of the few rooms in Sydney that can be completed by a solo player.

Location / Outside the Room

Social Escape is in Alexandria and there’s plenty of on-street parking right out front. The building Social Escape resides in appears industrial, but there’s a huge, unmissable sign out front which makes it easy to find, just head upstairs until you reach the foyer. Whilst utilitarian, the waiting room is spacious enough to accommodate large groups.

Undoubtedly though, outside of the room itself, the star of Social Escape Rooms is Mark, the owner. He greeted us warmly, chatted with us like friends before the experience, and after the room gave us a peek into the Baker Street Sherlock Holmes room and let us have a look at construction on his new room, Bank Heist. He was even happy to show us his computer set-up and share some anecdotes.

A really fun, immersive room with an amazing game master and lots of puzzles to solve. If you’re an experienced solo player, this is the room for you. Similarly, if you’re looking for a room to do with children, this is the perfect room.